Stephen Thomas and I joined forces in 2015 because we realized that we have a shared commitment to the financial well-being our clients, We both take a personalized, holistic approach with each person we serve. Our joint goal is to assess your total financial picture, to understand your needs and goals, and to help guide you from those financial worries that may keep you up at night.

Together, we serve individuals, families and businesses that want to preserve and grow wealth through active investment management. Excessive risk avoidance is paramount.

Life changes come in many forms. The joy a great relationship, a new baby or a move across the country requires an assessment of how your financial life may need to adjust to meet new challenges. And, the stresses of divorce or the death of a spouse or partner require that we help you assess and understand your options. We work to help structure a plan that provides clarity and peace of mind. The goal is to make sure your emotional gain or loss isn’t compounded by financial anxiety.

As active money management proponents, we personally customize investment strategies designed around your specific risk tolerance, time horizon and financial objectives. We examine every aspect of your financial life to structure a portfolio that balances the potential for growth with the need to preserve what you’ve worked so hard to build. All this, within a strategy to limit your tax liability.

We are independent advisors with access to an open-architecture investment platform so we’re able to structure portfolios from a wide array of highly-rated investment options, including alternative investments with little correlation to the stock market. Alternatives can help mitigate investment volatility. As a “product agnostic” advisors, we find the right options for your needs, regardless of company names.

Every financial journey includes unexpected twists and turns. Your circumstances may change; the investment markets may change. We guide you to avoid reacting emotionally to these changes. We monitor progress, review and adjust your asset allocations when warranted.

As your journey continues, and your needs expand to include estate or legacy planning, we stand with you, offering the right strategies and serving as the strong dependable voice you can rely on for honesty, insight and guidance.

I’m proud to work with Steve Thomas, a senior partner at Fortis Advisors. Steve has more than 40 years of experience as a financial advisor. That combined with my nearly two decades, we work together to preserve your wealth and achieve your goals. Together, we offer unsurpassed commitment to you, your family and your business.

I welcome the opportunity to discuss your financial situation and needs. If you feel I can be of service to you, please email me Don@fortisadv.net or call 316.634.2222. 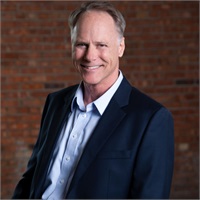 Don has a wealth of life experiences that give him the ability to help guide a wide range of investors.

Originally from California, Don is a former US Navy Intelligence Officer. He received his commission after several years as an enlisted Photographic Intelligence Specialist, serving aboard the USS Independence (CV-62).

While at Cal State University, Don traveled to France to study French language (as a minor concentration) and eventually worked in Paris, Geneva and several other European cities to earn his keep and to hone his language skills.

Don’s primary education was broadcast media and journalism; so he worked his way up the ladder at several TV news stations across the country as a producer, photographer, business reporter and primary anchor. He, his wife Barbara and their 6-month-old daughter Abigail moved to Wichita with NBC television where Don co-anchored nightly news broadcasts and reported on local business/aviation news.

Life as a News Anchor was great, the industry was changing. Don and Barb wanted to set their roots in Wichita rather than move to another television market. After all, now they had two lil Midwestern girls; Abigail and Natalie.

Don followed a passion and began working in finance with Smith Barney in 2002. In 2006 he embarked upon an intense course of study to become a Certified Financial Planner™, and in 2007 passed the rigorous 2-day exam to achieve that goal. In 2013 he combined his financial planning practice to a well-established boutique firm; Carey, Thomas, Hoover & Breault which has become Fortis Advisors.

Barbara and Don’s two daughters enjoyed great educations from Elementary, through High School in the Andover School District. Abbie is a recent grad from the University of Kansas, and younger sister Natalie is on the pre-med track at KU.

Don is active in the community and has served and led several community boards including the Kansas Aviation Museum, Wichita Art Museum, Wichita Festivals, Students in Free Enterprise at WSU, Financial Freedom Foundation and the Wichita Wagonmasters.

A lot of Don’s ‘leisure’ time is spent working on the house and several rental properties. He has taken-on everything from minor repairs to major remodel projects. He is an avid skier, working to reach his potential in tennis, and attends regular ‘boot camps’ to keep in shape.

You can hear Don Grant’s MoneyTracker business reports every weekday morning on KNSS Radio 1330 at 6:50 am. 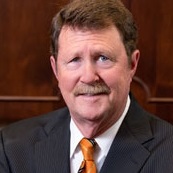 Stephen Thomas has been in the securities industry for nearly 45 years. He continues with the same passion for his clients and the financial industry as he did on day one.

Steve holds several designations including General Securities Principal, Financial and operations Principal, Commodities and managed futures, Investment Advisor and Insurance licensee. He has seen clients through several market swings, both short and long term in nature. His ongoing goal is to see his clients through volatile times and to lay out a plan to help assure clients a smooth, seamless journey towards their ultimate financial goals, avoiding excess risk.

When he’s not working, his wife Gerri and he enjoy their empty-nest status, doing projects at home. He enjoys spending time with his children, grandchildren,   and lots of travel. Steve is still active hunting and fishing and sprinkling in exotic hunting trips.

Back to Team Overview