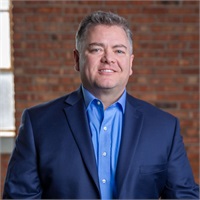 Brad received a bachelor's degree from the University of Kansas in 1991. He attained the Accredited Asset Management Specialist (AAMS) designation from the College of Financial Planning in 1999 and the Chartered Financial Consultant® (ChFC®) designation from the American College in 2006. Brad holds the Series 7 (General Securities Representative), Series 63 (Uniform Securities Agent State Law Exam), and Series 65 (Uniform Investment Advisor) securities licenses, as well as life, health, and variable licenses.

Having been commissioned as a second lieutenant upon graduating KU, Brad served as a tank platoon leader and detachment commander in the Kansas Army National Guard and as a staff officer in the U.S Army Reserve.  Brad has been providing advice to investors professionally since 1993. Before joining Fortis Advisors in February of 2018, Brad practiced individually as Fitts Financial Strategies, LLC, for 17 years.  Prior to that he held positions as an investment officer at the state's largest bank, and as a Vice President of Investments at Gold Capital Management.

An active volunteer, Brad is a member of the Downtown Y's Men and has served as President. He supports numerous Wichita causes as a Wichita Wagonmaster and served as the 43rd Captain.  An Eagle Scout himself, Brad supports the Quivira Council with special events.  In 2007 he was named to the 40 under 40 by the Wichita Business Journal.